I have deliberately entitled this piece 'Travel' rather than Travel Photography, as I wouldn't presume to describe myself as a travel photographer. The serious travel photographer, as I understand it, researches her or his destination carefully, plans visits to the particular aspects of a place she wishes to photograph, waits patiently for the right weather, avoids shooting in the bright glare of the midday sun and instead makes the most of the golden hours at each end of the day. I love to travel to new places and get really excited about the various photographic opportunities as I imagine them, but I almost always travel with other people and however patient and accommodating they are, I have to strike a balance between getting the right shot and being sensitive to the needs and wishes of my travelling companions.

Sometimes the most convenient way to explore a new place is through an organised tour, which limits opportunities still further: you are taken to a particular place at a particular time, regardless of the light and the weather. Sometimes you are in a moving vehicle, which presents its own challenges, not least of which are dirty train or coach windows.

There are occasions on all these trips when I take myself and my camera off and enjoy taking shots from different angles, composing each photo carefully, considering light and aspect, but mostly, for the reasons outlined, I have to take what I can get. Sometimes I have found myself in the right place at the right time - for example alongside the moat at Angkor Wat as the daylight began to fade: 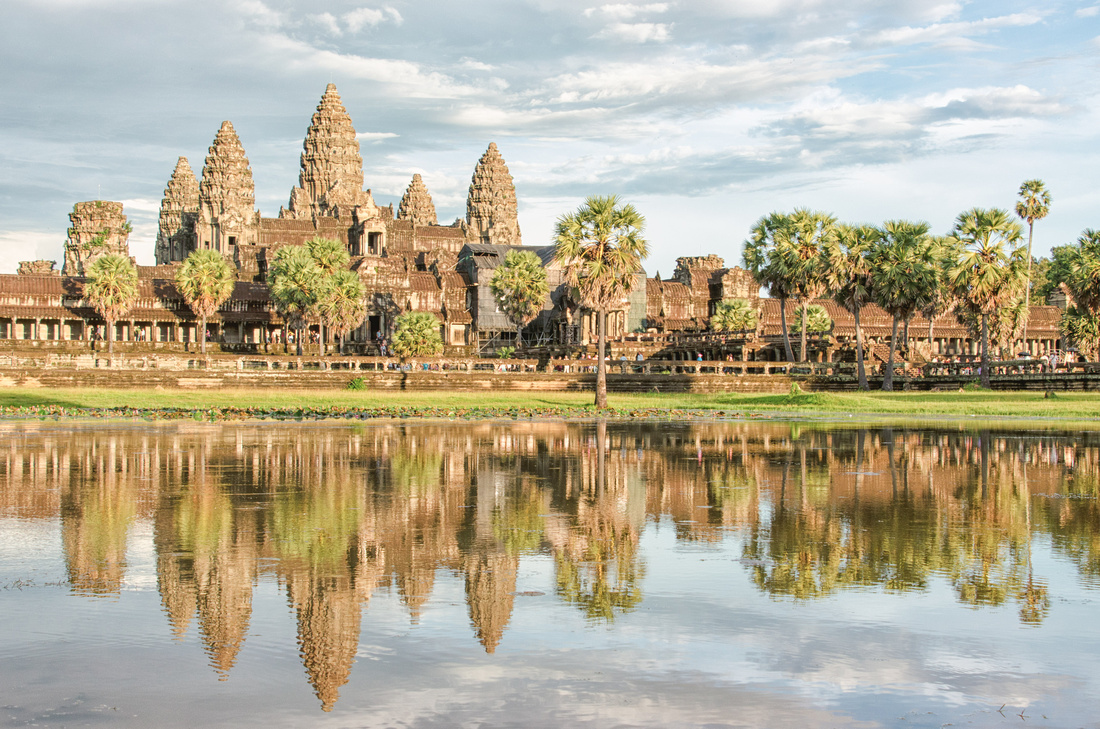 or on a night safari in the Kruger National Park where we encountered lions at the waterhole: 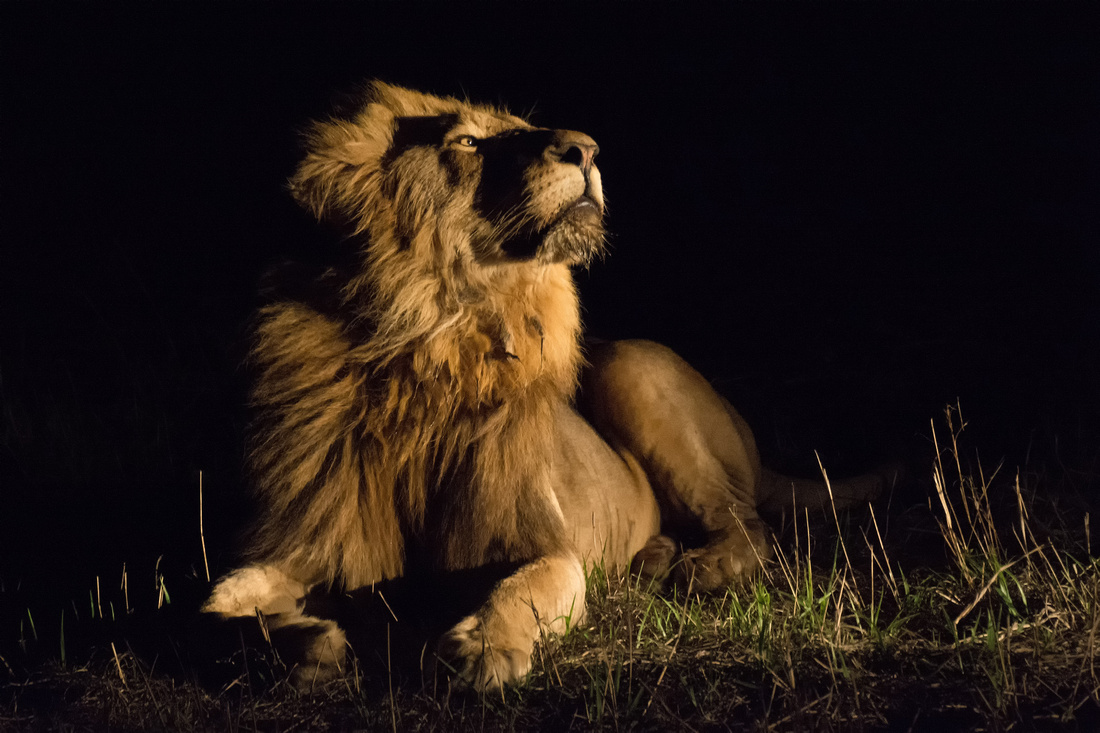 Even shooting through the window of a moving coach need not debar one from getting a shot to be pleased with. This photo was taken in Norway in June this year, when we set out very early from Narvik to travel southwards towards Trondheim. As the coach wound its way through mountains and round fjords we were treated to indescribably beautiful scenes at every turn. I set my camera to a fast shutter speed, held the lens as close to the window as possible, and clicked away. It felt frustrating not being able to stop, not being able to compose each shot. Yet here is what turned out to be probably the best image of the holiday: 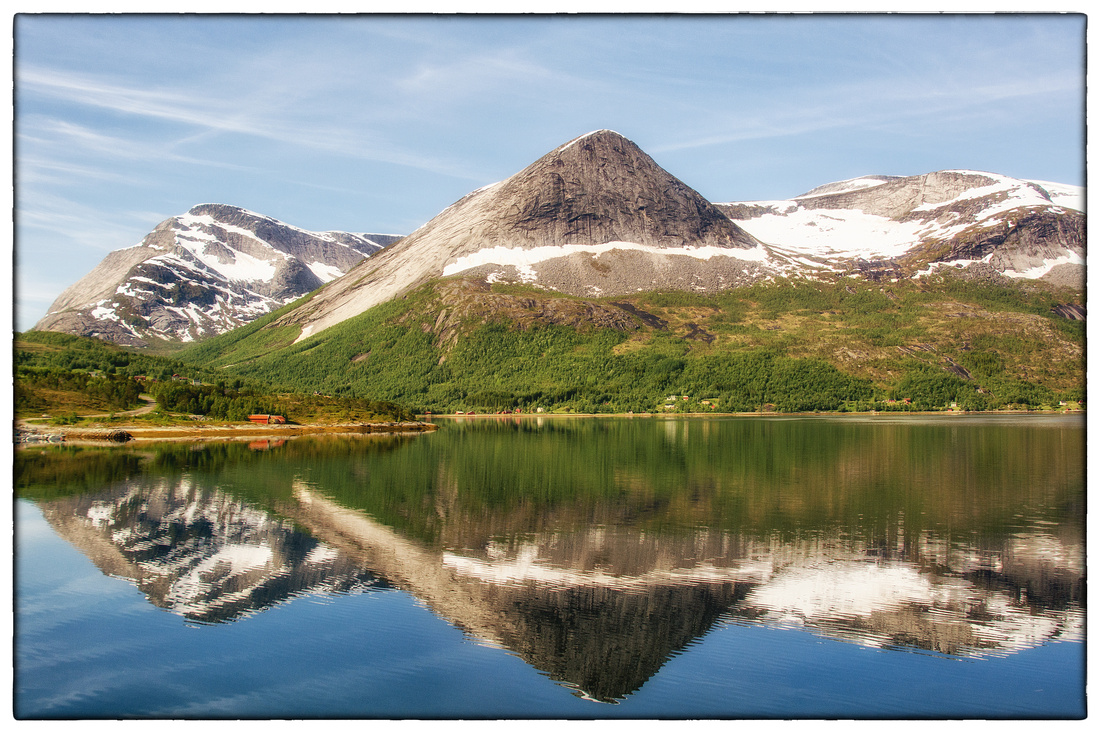 Generally, on each of the trips I have taken I have ended up with a set of photos, which, after processing, I am pleased with - and these are uploaded as part of my portfolio. Nevertheless, there are always occasions on which I make compromises and when I take photos even when I know the light is wrong, or conditions are very much less than optimal. On this particular morning, having left Siem Reap early, we disembarked the coach in extremely humid conditions. Immediately the lens on my camera steamed up - but I only had one opportunity to take photos of Angkor Thom, a place I'll probably never have the opportunity to re-visit - and so I took photos nevertheless: Similarly, when we walked round Victoria Falls in Zimbabwe, on the only opportunity to view the Falls, it was raining, so the photos I took there were extremely disappointing. Even so, they provide a visual memory of that trip, and thus were worth taking and keeping. 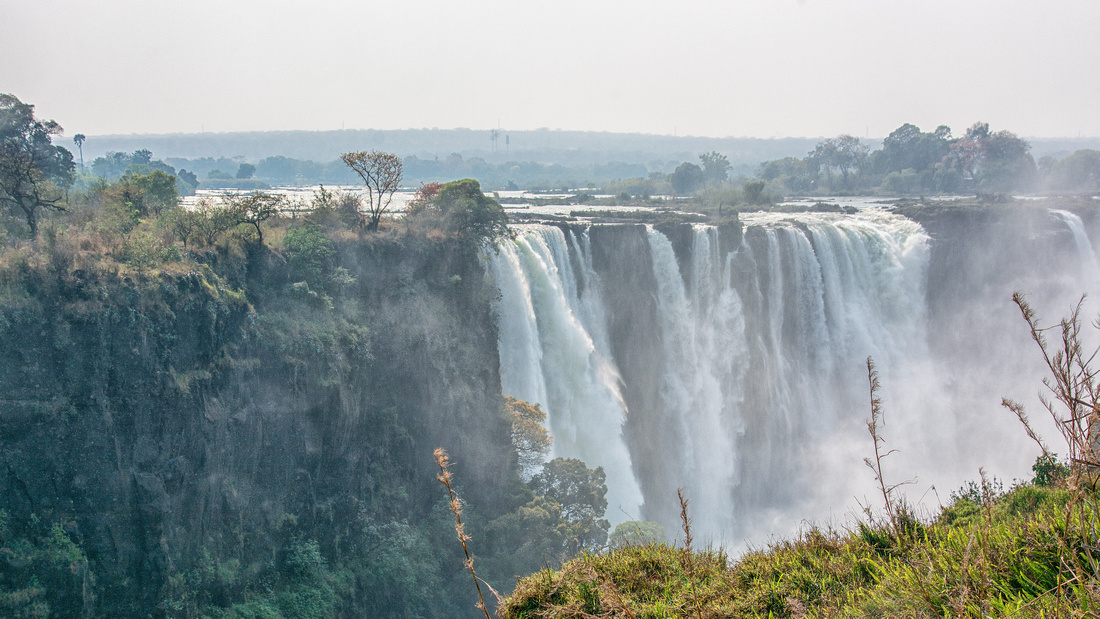 In Kenya, on a work trip in 2016, I was travelling to a remote area in the west of the country by car. The car was moving fast, and it was particularly frustrating not to be able to record something of what I was seeing. I tried to capture a few scenes, not particularly successfully. In this shot, for example, it would have been better if the bicycle had been in focus - but it wasn't a shot I wanted to delete, and so I tried to process it to make it a more interesting image. 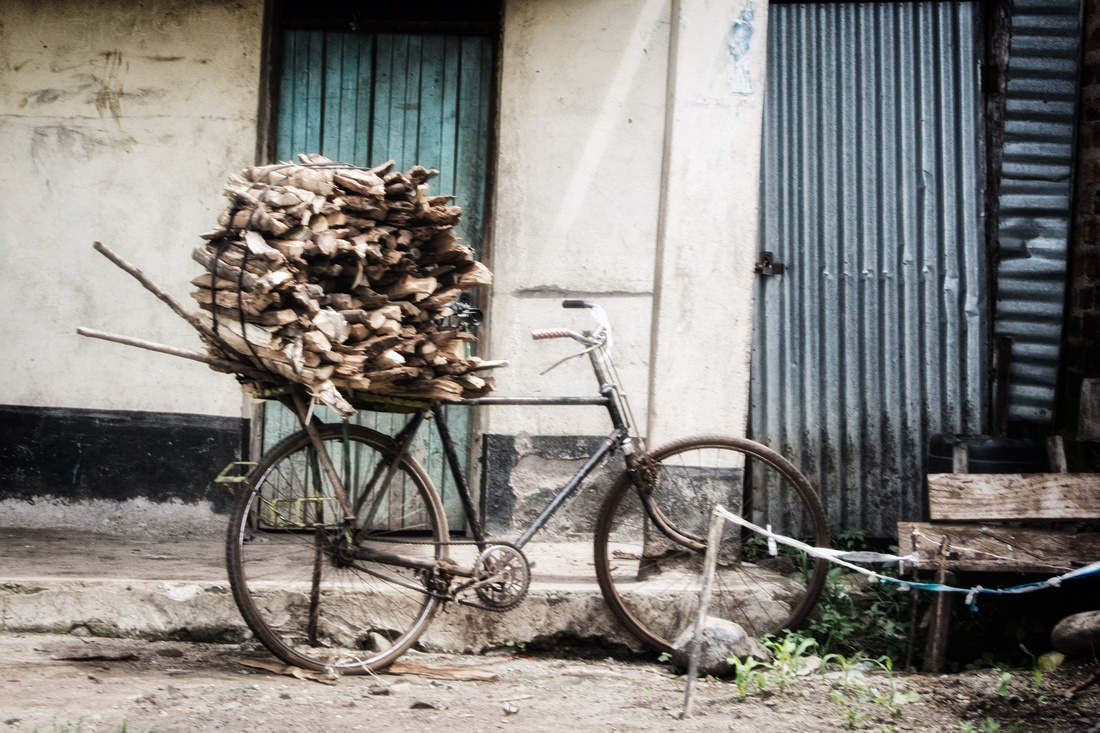 Processing can often help if, when feeling rushed to get a shot (in this instance at Ta Prohm, in less than optimal light, and before another group of tourists stepped into the frame), what initially comes out of the camera looks pretty awful: 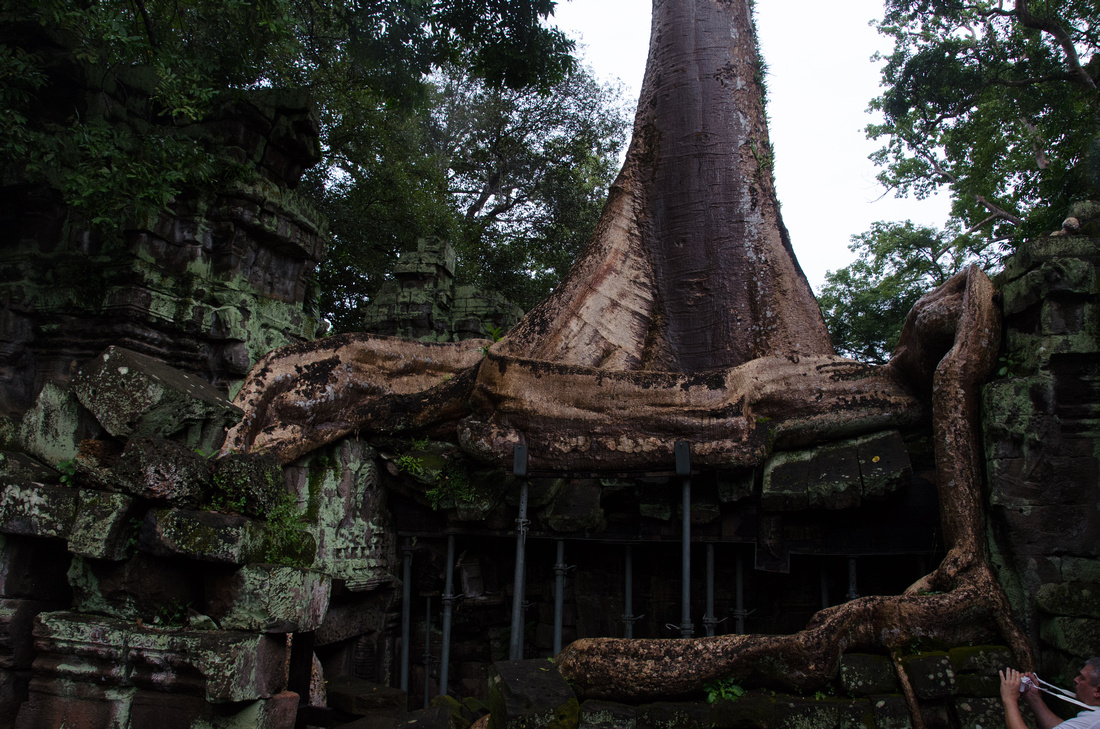 Here, adjusting the levels in Lightroom, lightening shadows, decreasing highlights and contrast, and adding a little clarity, made all the difference - and an image which, in the end, wasn't too bad. 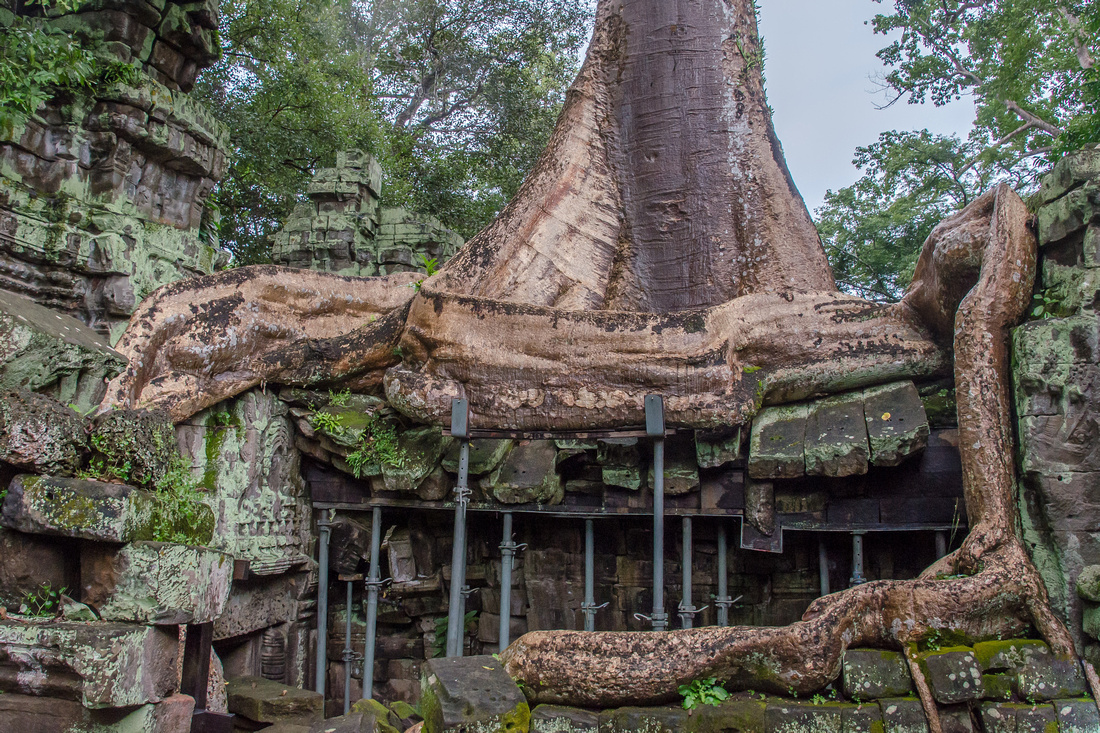 Travelling in this way brings its own challenges and occasionally frustrations. I wouldn't claim that it fits into the genre of Travel Photography, but nor would I describe the images I end up with simply as holiday snaps. For the most part, I find the making of my travel photos - both the actual taking and the processing, extremely rewarding - and fun!