The last few months have been tough, with major heart surgery undertaken at the beginning of November last year meaning that for the whole of that month and the first part of December my cameras stayed shut up in their cases. I first took my camera out again in mid December, with a trip to Bury St Edmunds. I took far fewer photos than usual on a day out, only keeping three images, one of is shown which below. 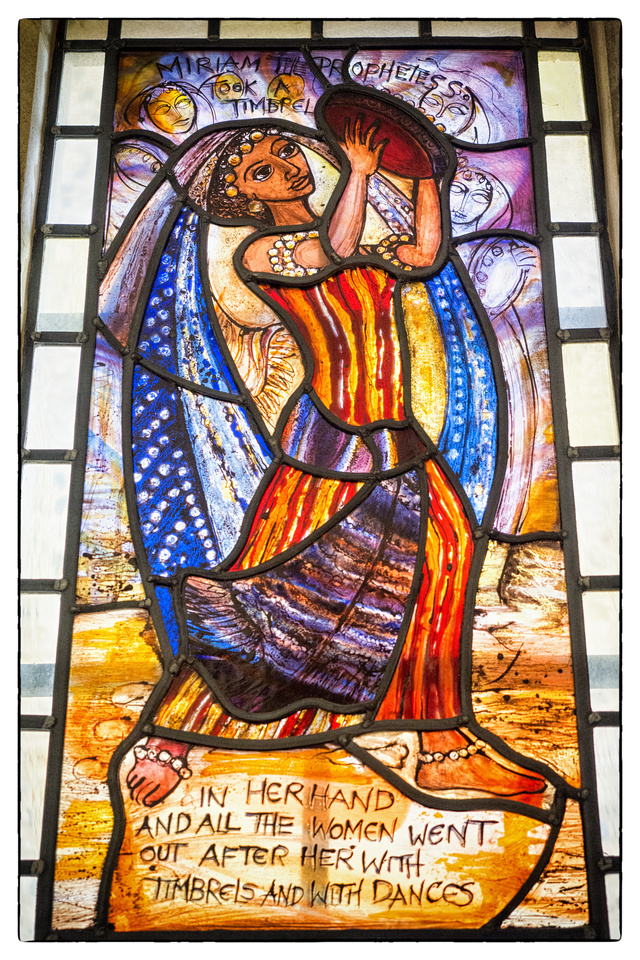 I love joy and colours displayed in this window in St Edmundsbury Cathedral, and have photographed it on several occasions. It's the Birt Memorial Window, described in an adjoining plaque as a celebration of women and music by Pippa Blackall and commemorating Geraldine Birt, a member of the St Edmundsbury Singers who died in 2005. The window depicts the prophetess Miriam from the Book of Exodus. For me at that point it also symbolised hope in a positive future after the dark days.

Apart from a few family photos taken over Christmas I didn't get my camera out again until mid January, with a visit to another local cathedral, Ely, where I enjoyed the play of sunlight through the stained glass windows onto the walls and pillars of the great nave. One of these photos is displayed on the Pattern Shape and Texture part of my portfolio (Colour I). The bright January sun also lit up the outside of that great cathedral: 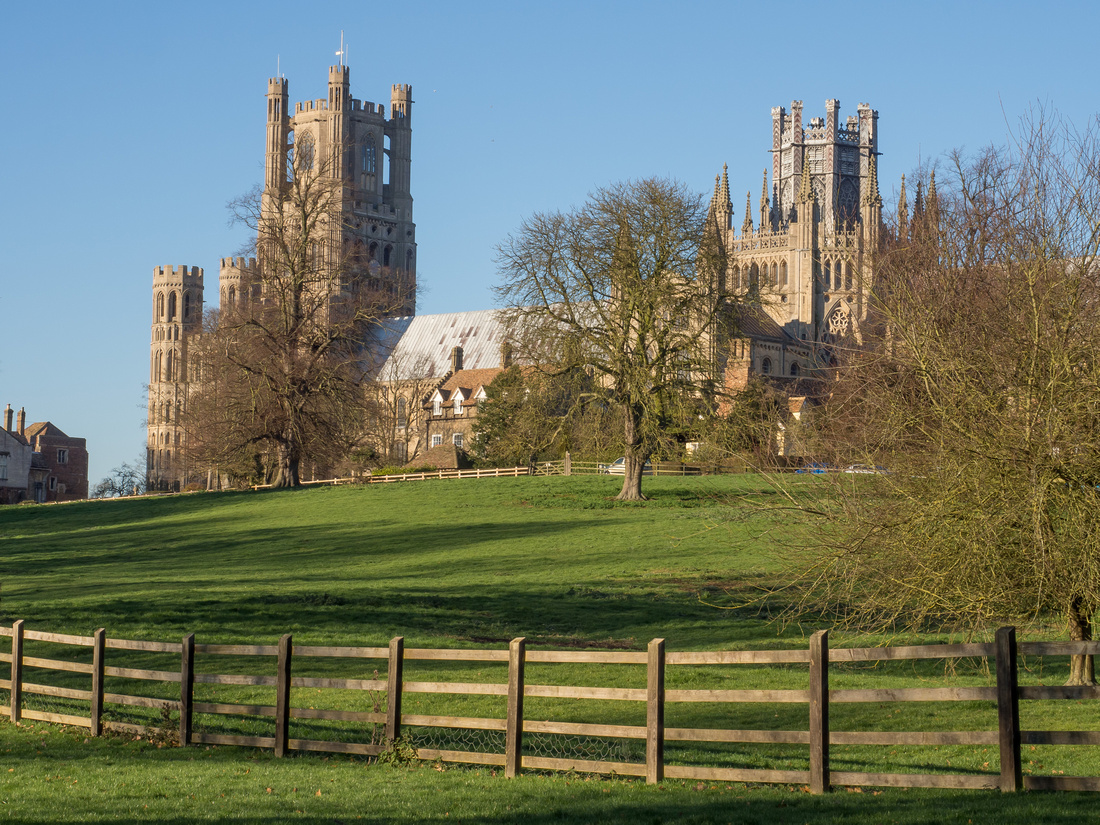 Later, as the shadows lengthened, the cathedral's image was beautifully reflected in a partially frozen puddle in the field on the south side: 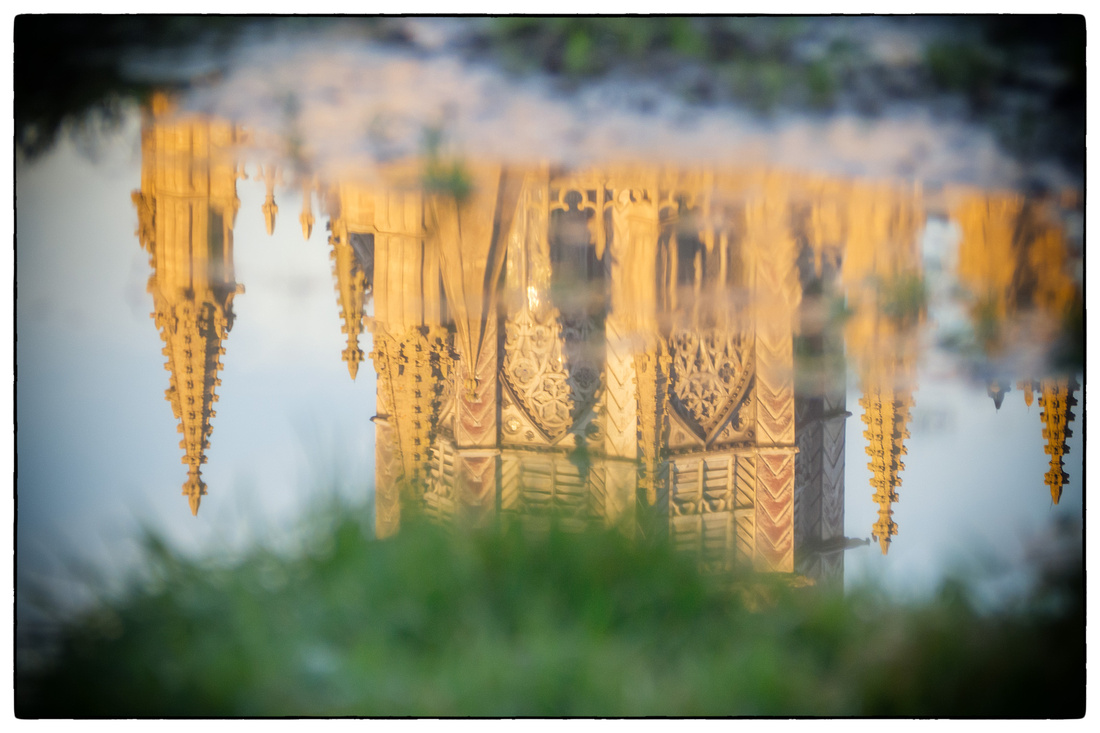 I only took my DSLR (with its macro lens) out again for the first time a couple of weeks ago. Once more I took only a few photos, and was disappointed with most of the results - but this one wasn't too bad and at least I can see spring is on the way:

I've spent time these last few weeks sorting photos and reorganising my website, as well as thinking about where my photography is going. I've missed taking my camera out for days at a time and losing myself in photography, which I've so much enjoyed doing in the past. My health has been slow to improve and I've had a second operation recently. Now I long for the energy to get back to where I was, to immerse myself in what had become a passion and such an important part of my life. It's taken a back seat for a while - but I'm thinking a lot about how much I miss making photos so perhaps that's the first step on a new creative journey.